Smog can make a busy city much darker during the day, which may result in vehicular accidents. However, is visibility the only problem related to smog? What about the possibility of long-term effects on health, especially your eyes?

First, let’s understand the nature and composition of smog to find out if it’s indeed a threat to your eye health.

It turns out that smog is really something we should be concerned about. While it was simply an abbreviation of the words smoke and fog, it’s now a serious kind of pollution that dominates the air with harmful chemicals like carbon monoxide and sulfur dioxide. Learn how dangerous those chemicals are as well as other components commonly found in smog by checking out this list:

One of the most fatal pollutants out there, carbon monoxide is a notorious chemical. It can directly affect your blood by targeting your hemoglobin, limiting the circulation of oxygen around your body. It should also be avoided at all costs if the person has a weak immune system.

This chemical is one of the main reasons why smog can hurt your eyes. It causes eye irritation. Worse, it can affect your lungs, making it hard for you to breathe properly. And, the worst part, it turns into sulfuric acid when merged with water. The human body is highly sensitive to sulfuric acid.

A lot of health problems can be triggered by ozone. Just like sulfur dioxide, it can harm your eyes and lungs. However, it can also directly damage your nose and throat. Smog easily makes you cough and wheeze mainly because of ozone obstructing your air passages.

This one has an alarming composition. It’s not only composed of solid particles; it also contains liquid. That’s why it can stay in your nose and airway for a long time. In fact, most of it may not reach your lungs because of that. However, even in small quantities, it can severely harm deeper parts of your body. It’s the cause of smog leading to bronchitis, asthma, and other similar conditions.

Generally irritating your lungs and lowering your immunity to infections, nitrogen oxides makes it harder for you to breathe to the point of coughing nonstop. It’s also a factor in the formation of ozone and particulate matter.

Meanwhile, there are two types of smog based on its general causes. The traditional one is caused by burning tons of coal containing high levels of sulfur.

On the other hand, the modern version is the photochemical smog. It’s labeled as the “modern” one since it’s applicable to most cities nowadays. It’s caused by the massive traffic urban roads have, specifically from vehicles that constantly burn diesel and gas, and sunlight.

Does smog hurt your eyes?

Now that we’ve discussed some chemicals found in smog, it’s safe to say that it can definitely hurt your eyes. We can even share specific eye conditions based on a study about the effects of air pollution on the eyes.

The mucus membrane found along your eyelids is the conjunctiva. It also covers the sclera or the white part of your eye. No wonder its exposure to smog can’t be avoided. Even airborne viruses and bacteria can affect it.

We’ve mentioned earlier that moving vehicles contribute to smog. Unfortunately, their exhaust can cause conjunctivitis. Sulfur dioxide, ozone, and nitrogen dioxide pose the highest threat on your conjunctiva out of all the chemicals.

What happens if you have conjunctivitis? It may feel itchy or give a burning pain, which is evident in how red your eyes will be if you’re going to experience the condition. It can also increase the flow of your tears even if you’re not crying. Your eyes may even become highly sensitive to light.

Conjunctivitis must be treated immediately. If not, you’ll experience a severe case of dry eyes. In addition, it can ultimately lead to vision problems. Just be careful in using eye drops with steroid. That can cause cataract and other serious eye diseases when used for a long time.

Speaking of dry eyes, smog is also known for causing dry eye syndrome (DES). Aside from the obvious symptom which is dryness on your eyes, DES also causes irritation and redness. It also gets worse if the person is wearing contact lenses.

Ozone, particulate matter, and nitrogen dioxide are common factors in making eyes abnormally drier. Exposure to those substances will feel like your eyes are covered in thick layers of dust.

This condition affects different parts of the eye. It can hurt your tarsal glands, eyelids, and even the follicles of your eyelashes.

The general idea is that dust and smoke cause blepharitis. To be more specific, however, particulate matter and carbon monoxide are causing it.

Particulate matter tends to ruin DNA. That can affect the function of corneal epithelium cells.

How can you protect your eyes from smog?

You can’t just stay in your home forever. Sometimes, you have to deal with smog. Fortunately, there are ways to protect your eyes from its harmful effects. Check out the following tips:

Smog can hurt your eyes, and that’s a fact. It contains a lot of dangerous chemicals that can easily make your eyes dry, itchy, and painful. Conjunctivitis, dry eye syndrome, blepharitis, and oxidative stress are just some of the conditions caused by smog components like carbon monoxide, sulfur dioxide, ozone, particulate matter, and nitrogen oxides. Thankfully, the effects of smog are completely preventable as long as you take good care of your eyes no matter what.

When you’re finally in the comforts of your home or office, don’t just rely on lubricating drops to keep dry eye syndrome from getting worse. Here at Contact Lenses 4 Us, we have products like Dailies Aqua Comfort Plus, 1-Day Acuvue Moist, and Air Optix Aqua which provide moisture for hours. You don’t need a prescription to order from us. We also offer to ship worldwide. 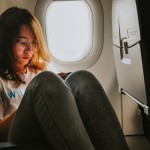 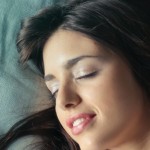 How Can You Relax Your Eyes if You’re Always Wearing Contact Lenses? 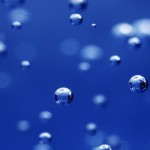 What Are Lenses Made Of?

Can Glasses Prescription Be Used to Order Contact Lenses? 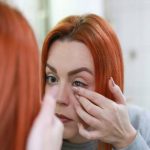 How to Choose The Best Contact Lenses to Meet Your Needs 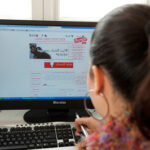 What To Look For In Contact Lenses For Computer Users